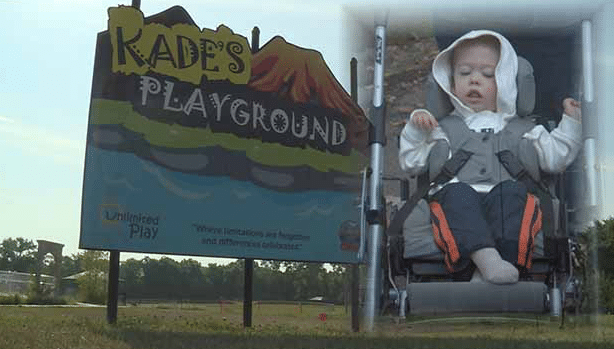 As a kid, time outside is frequently spent at the playground.

There a ton of them in St. Louis, but only five are accessible to all kids, of any ability. One of those five is in the small Jefferson County town of Herculaneum. It’s called Kade’s Playground.

It looks a little out of place, being a giant volcano in the middle of a Missouri town. It looks and sounds like an exploding volcano, but this volcano is not dangerous, just fun. Kade’s Playground was built back in October 2012 to bring joy to kids and families.

The volcano-themed playground was named in honor of Kade Bauman. Kade had Mitochondrial Disease, which kept him confined to a wheelchair, with vision impairment, seizures, and no ability to develop muscle mass. He loved playing on playgrounds with his older brother Jackson, but there was not a wheelchair accessible playground anywhere in Jefferson County. The Bauman family had to drive to St. Charles County or Clayton in order for the two brothers to play side by side.

“It just made me feel like I was leaving him out,” said Jackson Bauman.

“And that makes you really sad, as a parent, to not have your kid be able to play,” said Annette Bauman, Kade and Jackson’s mom.

Kade’s parents, Josh and Annette, made efforts to get an all-play, all-accessible playground built in Jefferson County, but before they completed it, Kade passed away at 3-years-old from his disease in 2012.

“Everything I miss about him….just him being here,” said Jackson Bauman.

Thanks to the efforts of everyone involved with Kade’s Playground, Herculaneum approved the funds to finish and complete the all-accessible playground.

Now Kade’s memory lives in on in the volcano slide, the monkey bars and the swings, which are all handicap accessible.

“He’s been on those swings. He loved to swing,” said Josh and Annette Bauman.

Kade’s Playground is not just for kids, it is accessible for everyone, including adults and veterans with disabilities.

“You have people that are amputees coming back as veterans of war or adults with multiple sclerosis. They’re able to bring their kids and their grandkids here,” said Josh Bauman.

When Jackson lost his little brother at 5-years-old, he had to grow up faster than he’d like. But left behind is a playground that keeps him and lessons that make him wise beyond his years.

Kade’s Playground is expanding. They are currently fundraising money to build a splash pad on site.

On October 1,  Herculaneum is hosting a 5K and Half Marathon, where 100 percent of the proceeds will go back into Kade’s Playground and splash pad construction.

To register up for the “Run for your Life: Zombie’s Vs. Superheroes” race, click here. 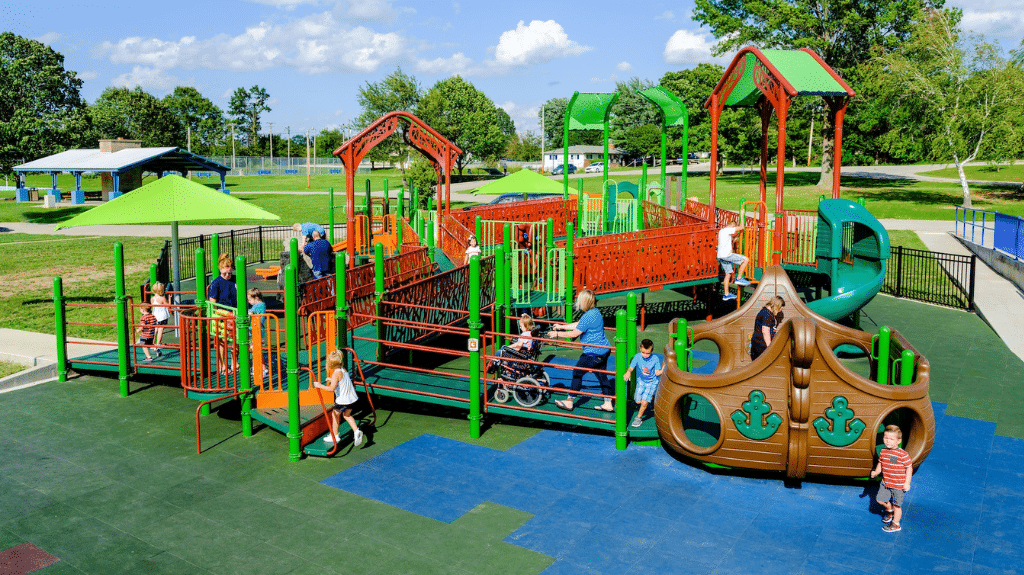 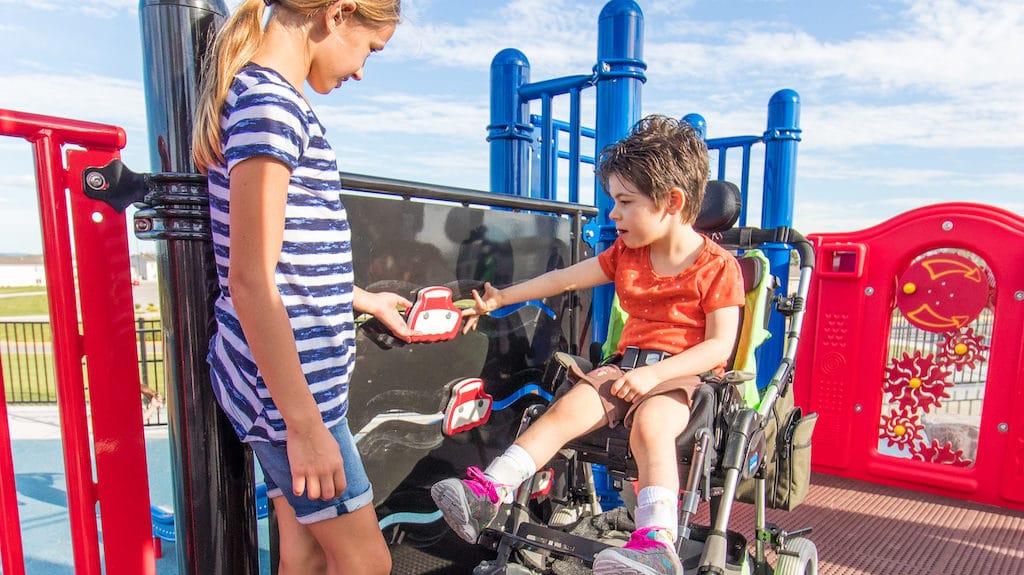 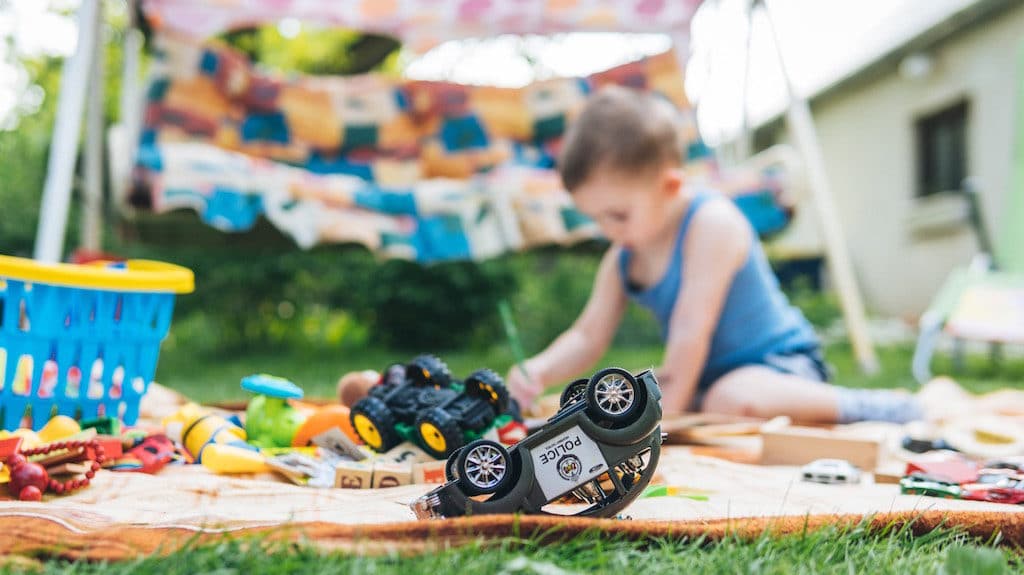